One thing that always pops up in my mind is whether growth and comfort can co-exist.

As humans, we are designed to be lazy and enjoy the comfort in stability.

The issue with comfort is that over time things the skills, thoughts and abilities that initially lead you to that position begin to fade, you forget that enabled you to experience comfort in the first place.

Look at every successful person out there, they didn’t get there by relying on comfort, chances were taken & risks were involved.

Growth requires humans to test the outer boundaries of what is known to us. It takes willingness to get out of that predefined comfort zone, to look awkward, to make mistakes and by definition, to be uncomfortable and not run away from the discomfort. Many people often live by the motto that “If you are not growing, you’re dying.” Sure, that sounds great in writing but it’s not so simple. The problem with growth is that you’re forever running on a hamster wheel, only momentarily enjoying the hard work that you’ve put in.

Sure, you can enjoy comfort, but the mistake of imbalance arising from too much comfort is a deadly trap. So many people end up too risk-averse. They settle into that comfortable path that enables them to live that placid middle-class suburban life in that one city their whole life. They are too afraid to go against social norms and the marriage, mortgage, kids lifestyle begins to fall upon them. The deeper they get within it, the harder it is to defy.

It becomes obvious which is the correct path that enables you to be the best person you can be. Comfort should can be chosen after great success, but only temporarily, because comfort is vulnerability and growth is strength. 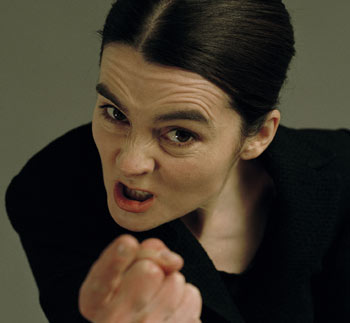 As previously outlined within an earlier post, the modern movement of “strong, independent woman” has taken the declining Western World by storm in present times.

It’s not uncommon to hear women constantly reassure themselves that they “Don’t need a man”. It seems as if a modern girl thinks it’s weakness to show a man how much she needs him. I’m sure some of you have worked within a a corporate environment, so the best analogy that seems to apply when dating these “strong, independent”  women, is like dealing with co-workers. They’re very thoughtful with what words escape their mouth. Every laugh is meticulously orchestrated—she must’ve laugh too hard now or you may think she thinks you’re funny. Every word is carefully analysed and judged—she must not show too much interest because that is a sign of vulnerability since she will believe that you have the upper hand now, so she’ll need to supplicate it by making fun of you.

The modern woman has exchanged one figure in the house, who happened to love them, for a tyrant who doesn’t care for them and can discard them like used goods, if budgeted figures aren’t being met. Career carouselling leaves these women on the back foot after they’ve “explored” themselves throughout their best physical years, then they can look to “settle” down, when that biological clock is close to winding down. Many women want it all without compromise, yet when they wind up with something less than the perfect lifestyle that gives them the unrealistic expectation of constant recurring happiness, they complain.

I recently received an email from a Feminist displaying strong signs of misandry, within it was the notion that Men are redundant now. Her argument revolved around the fact that women are now so independent and empowered that they don’t need a man in their lives, that’s any type of man. This simply cannot be the case, ever.

Think about it, who owns the company that produces her handbangs? Mostly likely, a man.

Who are the people behind Apple? Samsung? Nike? Male shareholders.

Yet they say are independent and not reliant on men? That’s simply not true.

In previous generations, women were in the house, doing three hours of housework a day, with a lot of free time to pursue their own interests while the kids were in school, yet these days feminists will convince you that you have to do three times as much work for even less happiness, with a lower chance of having a stable family.

Feminists are always unhappy, dissatisfied, and constantly loathing men, supporting their worthless cause will make you as jaded and miserable as them. Soon you will be present in the midst of continually collecting cats in order to fill that void in your life that a worthy partner should. Is it just a co-incidence that most feminists are ugly? bitter? discontent?
No. these women have their own agenda, after failing miserably in various facets of life (Securing a worthy partner, progressing within her job etc) this simply cannot be due to her own shortcomings, nope, she has the time to attend a 3 hour SlutWalk but not enough time to jumpon the treadmill for 1 hour. So it seems for many they are rationalising this by jumping on the feminism bandwagon which is quickly becoming a popular coping mechanism.

Every deluded Feminist has their own agenda. Remember dictating garbage like “I don’t need a man” with the hope of convincing followers that it’s all true, isn’t for your benefit, it’s for their own.

It’s challenging to distinguish when to abandon something. Whether you’re dealing with a partner, money, work, or travel, there arises a point where you pass the plug of waning return. When the truthful move is to appreciate and reflect on achievements before moving on to a new endeavour, but why do we continue doing the unchanged thing? Why do we relinquish new prospects for an old routine that doesn’t provide us as much pleasure as it did in the past?
Gamblers know how difficult it is to just stop. It doesn’t matter if you’re up or down—there is a mental pull that keeps you seated until the classic result of losing all your money, no matter how well you may have been doing. In poker you go on “tilt” where your emotions override your logic and you lose everything while bitching about how some douche called the pot when he “should’ve” folded. Those who succeed at gambling will not only have to be accomplished at the game but also have the will power to get up from the table when there is little benefit in continuing.

Have you ever noticed businessmen who struggle to retire? They take their work on their so called “holidays” and even at an age where they could and probably should be living a simple life they continue the pursuit of further success, not because they need the money, but because the habit of doing so has defined them for so long and is difficult for them to just discard so easily.

The problem with humans is that we’re designed to believe that it’s never enough. We simply can’t stay satisfied with what we have. The hunger for more never seems to just merely fade away.
When is it time to say all is sufficient and ease out of pursuing something that provided so much happiness in the past? Why does it seem impossible for individuals to quit a game that has demarcated them for so long? Many individuals stay addicted long after they should’ve quit, clinging on to a former “passion” that no longer makes sense, all while overlooking the present-day. You face the risk of forgoing new pleasures that may take you way above what used to give you everything, but no longer does. The hardest thing in life is knowing when to get up from the table.