The star from afar 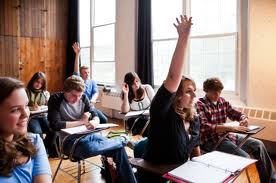 If you’ve studied at The University of Melbourne you’ll notice that it’s not just all FOBs and Private schoolers. There are some students that go to random public schools and shock us all by doing reasonably well in VCE to gain acceptance to the University.

They are probably misfit in their high school, the ones that actually weren’t brain dead and wanted to avoid the null hypothesis lifestyle of failure that the majority of their peers will succumb to. Without a plethora of resources and a lacklustre academic culture at their school, their desire is often derived internally, rather than through peers or teachers.

Often, public school “stars” will struggle to conform to the culture within their schools. They will probably resent their schools culture, the same culture which churns out hordes of dreg-tier failures annually.

These types of students often have only a few friends in the early days at the university due to most of their high school peers attending TAFE or other universities, but as usual they’ll get along just fine with the rest of their peers after the formative period at University.

They do fine at University academically, since they are more self-motivated learners. Obviously if they are doing Biomed, they are forced to try very hard since they are probably competing against everyone for Post-grad medicine spots.

Ultimately, students from public schools saved their $20,000 a year on school fees to end up at the same educational institution as many private schoolers, doing exactly the same course. Sure, they won’t have the connections or exposure as some of the private schoolers.

12 thoughts on “The star from afar”