The world is against you

People don’t want you to succeed, they would rather you fail. Your success is other peoples failure. It demonstrates to them their lack of motivation, poor work ethic and overall lack of direction. When you fail, it validates them, makes them feel adequate. This is reality, there will be minor generic words of advice but nothing to really assist you, as they would rather have you stay in a current state rather than brim with motivation and achieve something they couldn’t. Not many people can accept to see someone rise at a superior speed than themselves. Let them stay in their comfort zones and merely exist.

What’s the point of telling people your goals, your true desires, your real motives? Chances are they will give you useless, and generic advice or they will talk you out of it and back into a plugged-in boring existence much like what they experience. Why even bother convincing them of what you believe? Of the ugly truths? They can’t accept the fact their their views are so flawed especially if they have been living with such a mindset for an extensive period of time, so what will they do instead? They will plant seeds of doubts that prevent you from action and seeing the truth. The minute you go just slightly higher than you have been, they will hinder your progress and sabotage you.

There will always be detractors, forget them, ignore them. Don’t bother even acknowledging them.

You’re on your own, without assistance from anyone. If you fail to achieve a goal without having your hand held and getting constant validation, then you never deserved to achieve that goal in the first place. If everything was so easy then what accomplishment is there in achieving anything?

The world is against you, and it won’t give you a chance. 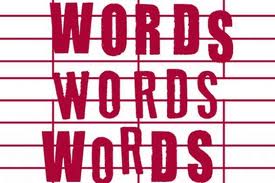 It’s insane, the amount of women trying to give advice regarding dating in mainstream media, but seriously, it is the most flawed thing ever.

Want to talk to a girl? “Go tell her what a gorgeous love chop she is. Her emotions will overflow.”

Girl not spreading in a timely manner? “Be patient make her feel comfortable. She will reward you with amazing lovemaking.”

Marriage getting a little dull? “Send her away on a girls night out. She will come back home ready to love you like she was meant to.”

Girlfriend spending all your hard earned cash? “Spoil her and treat her like the princess she is. She deserves to be spoilt.”

Do you think they even know what turns them on? Hell no, they will say one thing and do another. Sadly, the vast majority of people out there will listen to mainstream advice and merely experience average feats.

The best thing you can do is ask a man with experience what works, and adjust it for yourself. Cause you know, how many women know their own flaws to the furthermost extent? Not many. 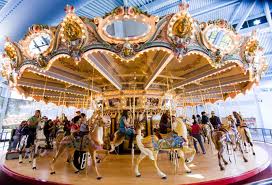 A large number of individuals can relate to and understand the truth behind what I write on this blog. But as usual, there’s bound to be  sub-set of deluded whingers complaining how inaccurate some of my writings are.

I often write about Carousel-Ridden women that want a rescue package in the form of a herb provider marrying them in their post-nubile state. I was recently sent this Reddit Post by a reader. This post was basically is a textbook definition of a carousel rider, in this case, one begging for a provider.

Let’s take a look at this:

My parents are first generation immigrants. I have a younger brother and younger sister. In my family I was always the rebellious one; I would often challenge my parents. My family was very strict, when it came to dating and my siblings usually fell in line. However, I would challenge that norm.

Translation: Probably didn’t get as much of parents attention, hence wanted to rebellious, “different”, to feel special.

My brother and sister were very repressed with their sexualities as a result, while I lost my virginity at 17 to my then boyfriend. While my brother and followed the traditional Indian path. My brother ended up not having any sexual contact with a girl until he got married at 25 (arranged marriage) and now they have a child together. My sister (too never kissed a boy) has recently gotten married too at 24 with an Indian boy she met at our Temple (both parents approved).

Translation: My brother and sister got what I want now. I wish I was them.

I live in LA, a city where both men and woman tend to marry a bit later in life, and yet I still spent the last years of my 20‘s feeling that somehow, I’d messed up. I had followed the wrong trail and thus, my “important-life-moments” timeline was off. Even with my more progressive friends it began slowly at first, when I was 27 … an engagement post on Facebook, an invite to a wedding—it was happening. People I knew were beginning the next stage of life and saying “I do.”

Translation: I live in a damaged Western Culture which I didn’t have the character to avoid, this explains why I rode the carousel and didn’t think ahead, it wasn’t my fault, I am an innocent victim, as all women are.

Throughout my whole life I never really dated any Indian guys; I exclusively dated white guys. However now I realize more than ever that the guys I dated never really took me seriously. They never really viewed me as someone they would eventually marry. I was always just some exotic fun. This part was definitely a realization that has hurt me to the core.

Translation: I rode the carousel by dating guys that weren’t in it for the long run, but I wanted that fun since boring guys of my own race don’t give me those tingles. Growing up in the US meant I was able to be as hypergamous as I wanted without any judgement. I never realised I was so low to be continually seen as a pump and dump.

I am now 32, and seems like everyone in my family has lapped me. I too want a family a marriage. However, now my chance of finding someone is gone. At my age getting an arranged marriage or finding another Indian man to marry me is out of the question. Majority of Indian guys usually get married pretty early. Often either to another Indian girl they meet here, or they go back to India for an arranged marriage. My parents have tried signing me up for a matrimony site, but of the guys I’d meet they would be turned off by my history (drink/eat meat/not a virgin).

Translation: I rode the carousel instead and had my party but that party came to an end. As I am no longer as younger, tighter and hot as the old me I realise I have made a huge mistake by being a hole to for many men to dump some perfunctory fucks into. The same guys I used to reject back when I was cock hopping now reject me. But as I am damaged goods I am now correctly seen as inferior goods.

I don’t know what to do, every family function we have I feel like I am an outcast. Everyone is completely happy with their family. Being a single woman in her 30’s I am always met with suspicion.

I don’t know what to do, it seems like the dating pool dries up rather quickly. No guys really see me as anyone they want a future with

Translation: Cats are my last hope, what can I do, help me! I am invisible to eligible men!

The comments are filled with white knights and mangina’s giving her false hope and trying to relapse her into the delusion that she is desirable and how she can “have it all”.

But there you have it. Many of the takeaways of my posts being exemplified through an example.

Yet, plugged-in herbs, carousel ridden spinsters (Like the one in this example), white knight mangina’s will still fail to see through the walls of delusion.