8 Comments
By Inside The University of Melbourne informational 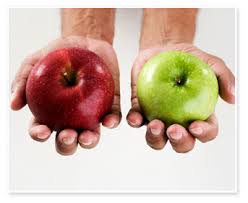 How can one instantaneously feel inferior, unhappy even?

When you were growing up, your parents probably did this, they compared you to other children and their good behaviour, in order for you to comply with their demands. You probably felt guilty and adhered to their wishes as a result.

Now, you too can do the same.

That guy makes more cash than me!

Oh wow, look at his car!

He dresses so well!

God, his muscles are massive!

What you might see is superiority, intellect, strength on a visual level. But what you don’t see is the hard work that goes behind it. The long hours working towards getting more money, the hours of gym sessions in order to achieve that muscular figure, the excruciating hours of learning foreign words, the thousands of dollars spent on designer clothes.

Now think, Despite all the hours in a day, how many of them are you utilising to build towards the person you’re comparing yourself to?

Are you working towards a goal that increases your wealth? Are you working out to improve your fitness? Are you trying to broaden your horizons by learning new languages and skills?

You probably are not doing these things to a level that is required to achieve what you see in the person you envy. Despite the depression that comes from comparisons, re-framing it as motivation is one of the most useful mindsets one can have. The strong surge in motivation which comes to supplicate that deficiency is a useful driver towards continual self improvement. However, If you find yourself continually utilising comparison to remain at a base level of motivation, then it’s probably wise to find a new goal.