The View From Up Top 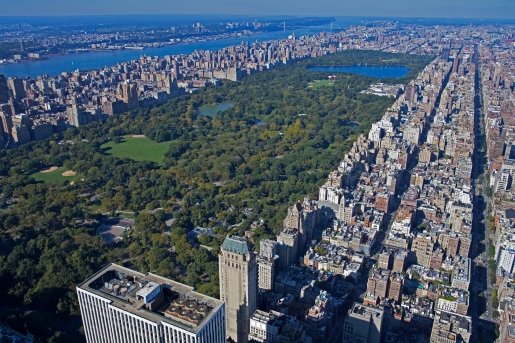 We work so hard as men to better ourselves, putting in hours and hours of effort to be more knowledgeable, fit, interesting and genuinely become a better person. Concurrently, as we are doing this, the toxic culture of the West cradles women to be the worst version of them and still be provided with unlimited mating options. It’s a sad reality yet we still work hard in order to maximise our value in order to attain the life we want as men.

As you rise, you’ll notice your skills with women, and in life improve. You’ll notice attaining sex isn’t so hard any more, you’ll discover the dark side of women and the true nature of inter-gender relations in modern times.

If you’re in a place where you are at the bottom of the barrel, in terms of Sexual Market Value, you simply won’t ever know how messed up things are, why? Because you won’t be getting much opportunity to see the way women work as you’ll probably rarely get past the initial phases of interaction.

But let’s say you move abroad, you’re now in a place where you’re near the top of the Male Sexual Market Value chain, you will see things you’ve never seen in your old environment. Here’s a few I’ve seen in the past few weeks just to give you an idea:

If you’re in a place like Melbourne most guys would think this is bullshit and I understand why. Unless your a male model or pretty famous these things simply won’t happen, so the average guy will be lead to believe it simply isn’t true. You may even still be living the socially conditioned lies of women being perfect angels. But believe me, there are definitely guys out there getting these things happening to them on a daily basis, I for one have enough screenshots and photos saved to remind myself of how crazy some places can be.

The downside is that you’ll never ever see women as the same ever again, some things I have experienced have altered by view so deeply that you simply cannot reverse the lessons learned from these reference experiences. I was sharing these thoughts with a friend of mine recently, and telling him how dirty the women of the city we live in are, and he mentioned to me something along the following “It’s the same everywhere, but we now see it so clearly cause we are the benefactors of it.’

But in all honesty, you can experience this too. Just follow these steps if you’re not a good looking guy or living in a place where you’re value is seen to be very high.

As they say, 20% of the men get 80% of the sex, and now after being somewhere near the top I can tell you that if you are the same you’ll see how true this thinking is.

The view from up top is nice, I hope all of us get to experience it in our lives.

The Beauty of Experience 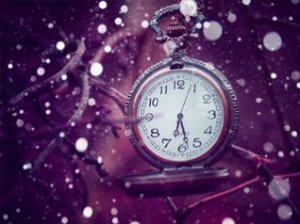 Getting into the game is a tough step for many men in the modern world. After being brainwashed by modern feminism they’re probably not having the success they want in many areas of their life and are motivated to improve. The first few steps are undoubtedly the toughest, and where most men end their journey. Why? Because they aren’t prepared to work hard.  You have to be ready brutal rejections, emotional roller coasters as well as the general highs and lows of the lifestyle.  The good can never come without some bad.

Pushing through the initial barriers and carving deep into the game is the point where your growth and improvement can be exponential. The references experiences, stories as well as bitter realities you’ll be exposed to will change your views permanently and make you think that you were living such a naive, placid life previously. Many men never experience this phase, but the lucky ones that do, will be the first to tell you the the knowledge they’ve acquired and been exposed to first hand have improved them as men overall.

Like just about anything in life, the highs can plateau, the growth and improvement becomes more marginal with time. The initial enthusiasm fades, push too hard in this period and you’ll burnout, don’t push at all then you’ll undo all that hard work you’ve put in. This “plateau” phase really does leave many men somewhat bitter, they’ve experienced so much and learnt the bitter truths about women which no magazine or news program will ever tell you, yet they are not willing to work as hard as previously. Due to their success, their standards will increase, their expectations of women will change, their willingness to put up with the general BS that women give them will decline. I’ve experienced this phase for a while, and although at the time I was a little demotivated, things did all make sense in the end.

The knowledge which I had acquired helped so much at identifying the bullshit that women sprout, the traits which were most important to me, how to handle the emotional roller coasters of life and being able to connect much deeply to individuals. But ultimately, it made me realise my place, I knew that I never had to settle for someone that I didn’t have the deepest feelings or attraction for, it really opened my eyes as to where I stood on the overall sexual marketplace. These days its so easy to identify sluts, girls with low self-esteem, and of course worthy girls. Did I know this when I was 18? Definitely not as much as now.

I see my looks, charm and general demeanour improve over the years and look back on girls photos from years ago. I look at them and feel like they’ve been dealt a harsh hand in life. Just as little as four years ago, they were so desirable in my eyes, and even now those photos still look great, but I look at their current photos as they push into their mid-20s and notice that they are only a shade of what they were previously. The feminist lies coupled with their own delusion tells them not to settle down and continue riding random cock while focusing on their paper pushing job until they age further. Little do they realise that a woman’s mate value really does spring mostly from her beauty and fertility, and there’s little they can do to change that.

All I can think of when a woman trashes her limited youth and uses it on attention-whoring and casual sex is “what a waste.” What a waste that these girls didn’t use their peak physical beauty to find the best man that could to be their life partner. What a waste they didn’t leverage their youth, fertility and innocence to secure something that could lead to a more meaningful life. What a shame that they waste their time hunting for attention and spreading their legs like worthless whores.

The twisted mother of nature gave women the incredible beauty of a flower, but only for a limited amount of time, while letting men exist as if they were oak trees. As their value fades, my value continues to grow, knowing this, is gold for any man, and that’s the beauty of experience.