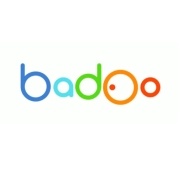 App skanks are disgusting breeds of creatures which are rapidly coming into greater existence with the prevalence of modern technology.

Imagine you’re showered with thousands of men trying to fuck you, you’d feel like a bit of a celebrity too, wouldn’t you?

Yes, app skanks derive validation from this, as they aren’t overly attractive in real life and fail to snag a quality man, they spend their time swiping, on apps like Tinder, Skout, Badoo, OkC, and various others in order to find the thirstiest guys showering them with compliments and gifts.

App skanks have various motives, some are dog girls who simply get no attention from men, others have been pumped and dumped to the brim and simply have no self-worth left in them hence float around from guy to guy in order to add excitement to the arc of failure they call their life.

As they are are some of the most vile objects on the planet, I wouldn’t recommend smashing them unless you’re really thirsty. Being around such disgusting trash isn’t a fulfilling experience and smashing trash tier skanks from these outlets won’t be earning much respect from any of your peers either.

A nice story which further demonstrates my point:

I had an App skank over a while back, and it was rather shocking how mentally unstable she was. Basically getting herself drunk and proceeding to blow me and then somehow passing out. She had her phone on my table which constantly went off with new Tinder matches, Skout winks and Badoo messages. I noticed she had over 200+ matches on Tinder, and had fucked someone earlier that day, and the night before and the one before that too.

Anyhow this App skank was broke and needed cash and a place to stay, after falling out with her parents over her slutting and excessive partying (heh, typical). She sold herself as an innocent girl that had a crazy ex-boyfriend and that she was really looking to add meaning to her life with “someone different”. Given she came over with relative ease to my place, I knew it was total bullshit and her acting was also flawed with contrasting stories. She then asked me “if you like me, then can you buy me breakfast tomorrow morning?”. Boom, it was out, a broke as fuck skank whose real motives are now out.

I proceeded to destroy this skank by coming up with my own story, and also finding every hole in her web of lies, ultimately, I kicked her out onto the rainy pavement and lead her to find a cab home. I also noticed she had a friend of mine on her phone, she never got to bang him but I told him about this girl as the night was playing out, and he also told me that she mentioned the same things to him.

Anyhow, after kicking her out, she called him looking for a place to stay, he made up a fake address and she ended up going to the boondocks knocking on some randoms door.

Yeah, App skanks, they deserve nothing more besides a perfunctory fuck by the thirstiest guys out there.

Imagine you’re a regular guy, you go to work, pay your taxes, hang with friends and party on weekends. You lead a rather average existence, like most people.

What legacy would you leave behind?

Sure, your friends would feel sad, your family would mourn but what do you really leave behind? You worked at at your job who will find a new employee to replace you and all that hard work, blood sweat and tears you put in will be gone to waste.

There isn’t much of a legacy left behind. You spent your creativity, energy and time on helping fulfil someone else’s dream.

It means nothing any more, they got my six-figure salary and nothing else.

Sure, it might raise eyebrows I was an Investment Banker when someone asks these days but ultimately there was really no legacy for my hard work left behind.

I bailed on that life, took my hard earned money and started working on my own projects.

Why? I wanted the freedom of not being tied down to a job that leaves me no time to pursue my interests and hobbies, I hated those long hours, those endless nights and the depressing thought of waking up the next day knowing life really wasn’t going to get any better.

I failed, over and over initially, even considering a move back into Finance. But I kept going.. I held on to hope, hope that tomorrow would be a better day, after every failure I re-traced my steps, and made an effort to improve. It worked, I started making money doing my own thing, initially not much to fund a lifestyle but enough to give me the drive to push on.

I slowly realised I could live doing online work, running ventures and doing whatever took my fancy. I left the toxic city that made me so jaded and moved abroad, I felt re-born and had the drive to push harder than I ever had before, it didn’t feel like work, it felt like I was getting closer and closer to my goal, my dreams.

I look at the arch of my life now and realise if I died tomorrow I have so many projects that would live on after my life and could make a difference to other peoples lives that I truly have some sort of legacy. It might not be a family or my genetic bloodline left behind but its something more than what I would have had I stayed in banking and slaved. Knowing this gives me great comfort.

I was in London recently on a short trip to sort out some business for an upcoming project. I was lucky enough to have a few days off towards the end of the trip, it had me thinking about the night life scene in London and encouraged me to explore further.

I was astounded at all the subcultures and genres of venues throughout the city. I always had mixed feelings about living in the global mega cities as it would be tough to really get to the top of the social scene. However, the scene in London is rather segregated, allowing you to find your niche and explore further niches too.

Being rather high up where I live now is a great feeling, although it’s not London or New York, it’s still a rather large city with fantastic amenities and infrastructure. I enjoy being high up in the pecking order through both reputation and foreign status. I thought being the big fish in a medium sized pond wasn’t such a bad deal at all. The drawback is that you’ll always have that desire to check out the highest of highs, and given my ambitious nature it does appeal to me somewhat. However, the sacrifices, and lifestyle pulls me back from committing to somewhere like London at this stage. I still have nights where things didn’t go according to planned and I wonder if a move to a top global city would be better. At the moment the status, and variety where I am offers me enough enjoyment to keep me here, how long that lasts, I’m yet to find out.

2015 was a dramatic year with lots of crazy experiences and reference moments for me, 2016, I can’t wait to build on it and start some new things which will undoubtedly keep me rather busy for the next few years. A long-term return to the depression of Melbourne is still an unlikely option for the next 3-5 years, and I’ll try my best to avoid it.