2 Comments
By Inside The University of Melbourne Review 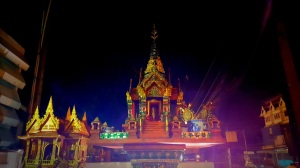 I recently visited Thailand with some friends for a week or so in order to explore the destination further. I have been there previously and was keen to go back after friends of mine had moved there recently. I visited a few cities all throughout the country in order to get a nice overall view of the place.

I wondered besides the easy pussy and cheapness of Thailand what the lure is for Westerners to live long term in a renowned shithole like Bangkok. I mixed my trip up with a blend of Tourist activities as well as some general research and meeting longer term residents.

I visited in April which is the hottest month there, I was greeted with temperatures exceeding 40 degrees Celsius on multiple days during my trip. Besides riding elephants, enjoying the beach, dining on Thai food and cheap shopping I spent a lot of time understanding what the foreigners who were living there actually did, there’s the usual English Teacher crowd but a good mix of Digital nomads also whom reside in Thailand for its low cost of living.

It made sense to me that they were enjoying their life just like how I enjoy mine nowadays. But there were some pretty big drawbacks from living in Thailand besides the poverty and general lack of facilities. It was obvious to me that Thai’s often targeted foreigners for scams and rip offs like every other place in the world. After a while I would imagine most residents would have a good idea of how to avoid this of course, but the poverty of locals means this is something that won’t simply go away.

In terms of girls, Thai girls were decent although not really my type, it wasn’t uncommon to see Farang-Thai couples regularly throughout the country. The sex industry is obviously large, like most poverty stricken tourist destinations and it seemed as if some people of the country were almost proud that their nation was a go-to place when it came to foreign guys trying to blow their loads.

The shopping was decent also despite all the fake goods in abundant supply, it makes sense why so many lower-middle class people go to Thailand for shopping.

Ultimately, I felt Thailand compared a lot to my trip to Manila last year, it’s a good place for an average person from the West to bolster their ego and feel richer and desired, but any guy who is doing well at life in the West would probably do fine in other places where the infrastructure is superior and poverty isn’t a widespread issue. Overall, I guess it still beats living in the West and being in a place which doesn’t align at all with your own beliefs. 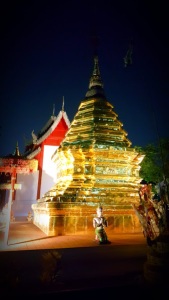