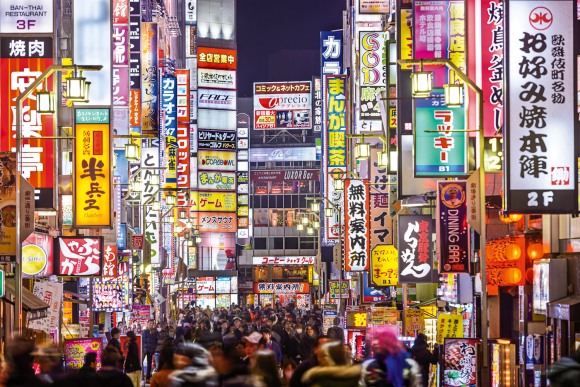 I recently read Black Passenger Yellow Cabs by Stefhen F.D. Bryan which was a rather interesting memoir of a Jamaican man moving to Japan and running through a lot of Japanese women in the process. The book covers Japanese culture extensively and provides an interesting view on it from a foreigners perspective.

The book is set in an earlier time frame before the smartphone craze and is filled with a myriad of sexual slang and adventure. The author in his long stay in Japan dates and bangs many Japanese women and has several abortions throughout it is stay. He is a natural player with a strong extroverted personality which brings him much success in an inward Asian society.

Stefhen enjoys numerous relationships with Japanese women and an array of flings, one night stands and random bangs throughout his stay. He demonstrates through his story telling the true nature and negative points of Japanese whereby some women are loyal and caring where as others are cheating with fellow foreigners. This is rather reflective of the culture in Japan from my own anecdotal experiences there.

The commentary towards Japanese men is rather harsh but true. Depicting them as asexual beings obsessed with their video games and employment. In the books eyes, Japanese men fail to please their women which further rationalises his sex binge in the country.

Like most black men, he is a dumpster diver, it’s pretty obvious from reading the book that he is more a “quantity over quality” type guy and his descriptions of some of the women seem to point to this also. This is also quite true for most of the black foreigners who are living in Japan from my travels there. He does seem to become pickier with experience throughout his stay in Japan.

The pain of reading this book comes from the author being a die-hard feminist. He bitches about Japanese women being mistreated, and failing to be empowered by a backwards culture however he takes advantage of these same women for his own sexual pleasure. He will often describe a girl on a purely physical perspective then complain about how she isn’t recognised as an intellectual by Japanese culture. The oxymoronic nature of his hypocrisy is often a turn-off when reading however, the overall entertainment of the book keeps this issue in perspective.

The story does contain a lot of background information during the authors adolescent life which attempts to give an idea as to how he became a sexually perverted Asian fetishist. Also, having travelled to Japan a few times, this book does seem to show how much different things were in the pre-smartphone era in the nation. Things have changed a fair bit compared to the time frame in which this book was set in with a much higher foreign crowd in Japan at present. Overall, I really enjoyed the book and its graphic but interesting stories and I would be lying if it didn’t make me want to go back to Japan for another visit after reading it.