SJW’s stay mad. Since some tweets hurt this poor ragey leftists feelings, she felt the need to report it and exercise her SJW puss pass. 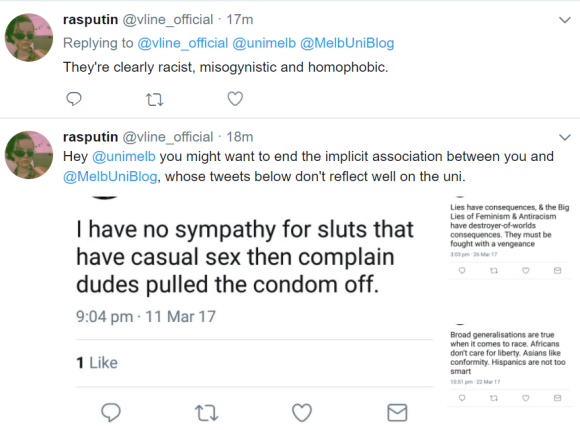 as usual, they run, and hide… 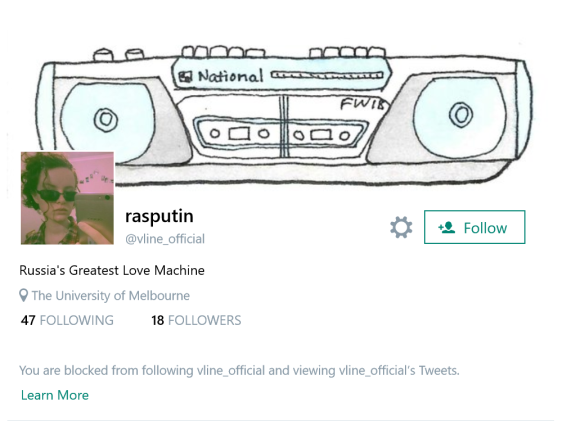 Notice the subject here having the username “VLine_Official”. It’s rather hypocritical that someone has to strike up implicit associations amongst accounts.

Especially when there’s a clear statement in the Twitter profile dispelling any association with The University of Melbourne’s official account.

They bow, and comply..

So much for free speech these days, eh?

So after this failed “reporting” of me, nothing happens.

Actually the Vice-Chancellor of the University Re-Tweets me. 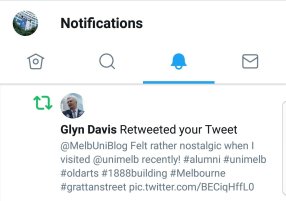 Yet, this kid does not know when to stop..

In response to this… 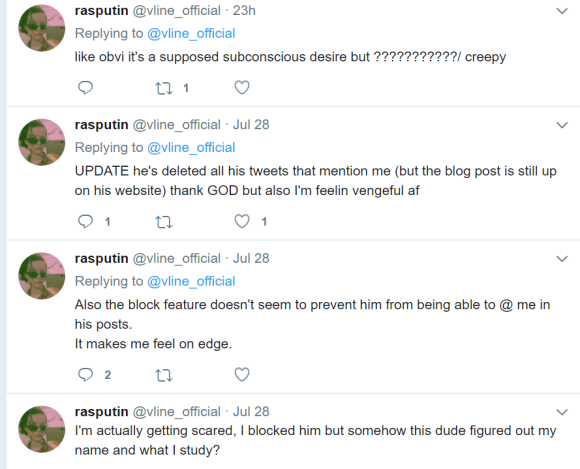 No, I haven’t and won’t delete a thing, you’re the one trying to get me reported. Which again, won’t result in anything because what I post is totally fine despite it not agreeing with your feminist and equalist brainwashing you’ve been spoonfed.

Yes? And? Are you ashamed or something?

Whose fault is this?

If you’re super careless and going around trying to get people banned you’ll get whats coming for you. “Blocking” someone and running like a coward isn’t going to get you very far. But you study Arts so not like you’ll get far anyway. 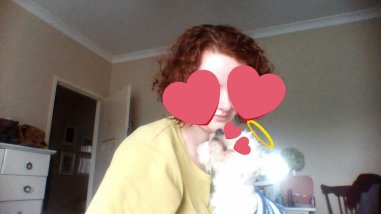 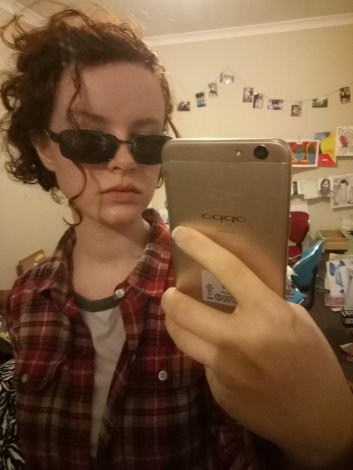