2 Comments
By Inside The University of Melbourne informational, Stories

A little reminder of “Home” 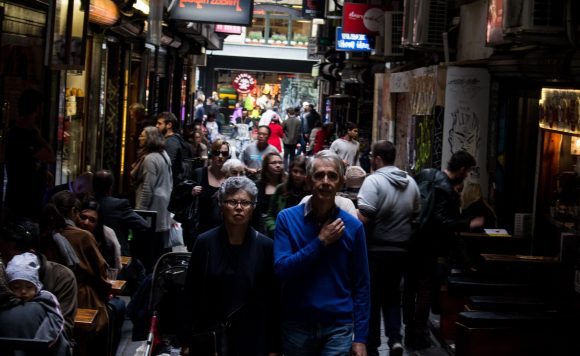 I was waiting to board my flight at the Airport in Seoul when I got a notification of a comment on one of my posts from back in late 2012, titled “Melbourne is Poison”

It stated the following:

Couldn’t agree more with this article’s points and it’s 2018 and only gotten worse, I’m putting together an exit strategy and this has helped cement my own feelings. I moved to melbourne for secondary school from a small victorian town with my family and have lived here for nineteen years. Some points I’d like to add to the conversation and re-iterate:

– The whole coffee scene is fucked. People are constantly in the flux of coming down off coffee and act like cunts unnecessarily. The coffee is amazing, I totally agree with melbourne on this, but you’ll be paying $5 for a large which is mini in comparison to other countries.

-The women are toxic and they’ve created their own neo feminism which is just toxic there’s no other words for it. Also it’s because they have foreigners from every single country trying to fuck them and pick them up from when they are twelve years old. All women would prefer if all Aussie men acted like their gay friend. Not that I have anything wrong with being gay, they would just rather you being a nice gay boy.

-Millions of Chinese and Indian and foreign people in general come from their own broken down countries and are more than happy to do shitty work for no money and not speak English and take up all the seats on public transport and get on welfare and buy cars. And its only because the welfare system and wages are higher here they don’t give a fuck about being Australian or anything.

– The cost of living is ridiculous. House prices are more than london and new york and there’s fuck all to do! you get coffee go for some good food, melbourne does have good food, but it’s extremely expensive. It’s not like there’s that much going on ever.

– The suburbs are horrendous, no transport, depresssion. It’s exactly like what the suburbs were in 80’s middle class America.

– The music scene is pathetic, lots of students no real talent, people think they are super talented but it’s all just a rip off of America.

– It’s sports obsessed to a fault if you’re into it fully into it then this is the town for you, but it’s all so melodramatic and the same every fucking year.

– Traffic is fucked. 1 accident on the Monash in the morning is another 2 hours of driving, the same with the Hume and Ring roads. There’s road works everywhere which slow things down because there’s so many people coming to live here.

– There’s massive underlying ethnic tensions waiting to erupt, thank god guns were outlawed or it would be like Rio De Janeiro, i’m not joking here guys, if anyone reads this. Australia is extremely safe though. The police force in Melbourne is Excellent and possibly one of the best in the world but even they are getting sick of these ethnics that cause problems for them

– Most people are depressed. Foreigners come here and can’t believe how depressed everyone is, and they are just happy to get out of their shitty countries so they’re not depressed, Aussies hate their lives, truly.

– Most people really are douche bags, honestly. The culture lets it thrive because there is no culture, its Brazil of the future, everyone separated into groups and people are just making up their shitty lives as they go along, this could be said about a lot of sites, but at least in New york or Paris it’s actually a nice city with history and culture.

– The TV and Movie industry is a joke and they have this thing called the AFI’s were all these nobody’s congregate and award themselves. Joan Rivers made a fantastic point by insulting the whole crowd on purpose yelling at them ‘Who are all of you people!’

– There are good points about living here, i’m not anti melbourne but honestly the negatives far out way them, especially when you can travel and settle in other cities, melbourne is just all fluff.

You see, within all of us, there’s hope. There’s hope that places we’ve spent a significant amount of time in will be better when we go back to visit it, but sadly, that’s not the case with Melbourne. Every single time I go back, I have more global experiences to compare it against and my feeling towards it continues to be more negative than the last time.

2 thoughts on “A little reminder of “Home””