4 Comments
By Inside The University of Melbourne Culture

Feminists, Libfucks, and leftists aren’t there to help you.

They aren’t there to make the world a better place.

They don’t give a fuck about what’s good for the world.

and they most importantly, don’t give a flying fuck about you.

They abide by these pseudo causes because it benefits them

She jumps on the #MeToo bandwagon and is now accused of sexual assault of a 17-year-old actor.

Of course someone whose suffered so much and cares so deeply about the safety and welfare of individuals against sexual misconduct would never be affiliated with such an accusation!?

“Subsequent to my exposure in the Weinstein case, Bennett – who was then undergoing severe economic problems and who had previously undertaken legal actions against his own family requesting millions in damages – unexpectedly made an exorbitant request of money from me,” she said.

Argento said that her partner, the late chef Anthony Bourdain, made the payment to avoid “negative publicity”. Bourdain was found dead in a hotel room in June, aged 61.

“Bennett knew my boyfriend, Anthony Bourdain, was a man of great perceived wealth, and had his own reputation as a beloved public figure to protect. Anthony insisted the matter be handled privately and this was also what Bennett wanted. Anthony was afraid of the possible negative publicity that such a person, whom he considered dangerous, could have brought upon us,” Argento said.

So, she denies it, just as expected then throws her dead ex-boyfriend under the bus.

The same ex-boyfriend she cuckolded a mere days before his suicide. 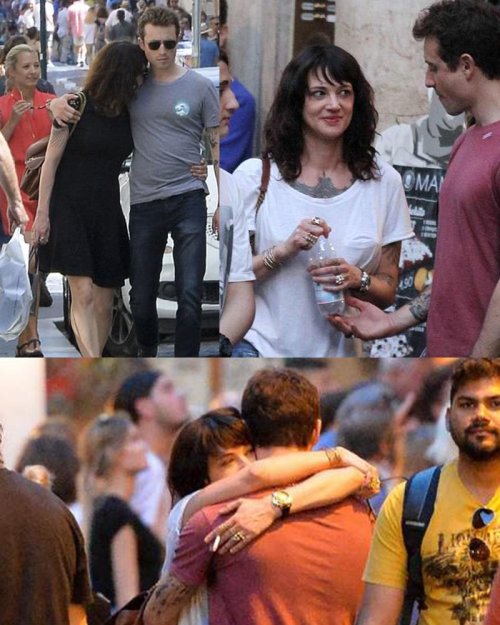 If you’re an innocent being, and on the verge of deciding to jump on the feminism, liberalism bandwagon, just remember the people holding down the fort for these causes are the highest form of hypocrite with no sense of morality.

EDIT: Here’s some further proof of the conniving liar being outed. Her denial of this is becoming hilarious. And we wonder why Bourdain bailed on life.. 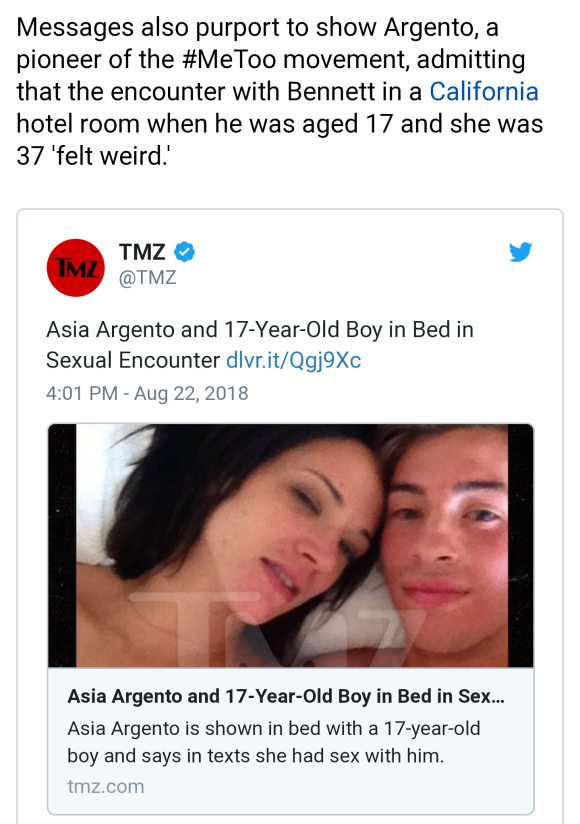 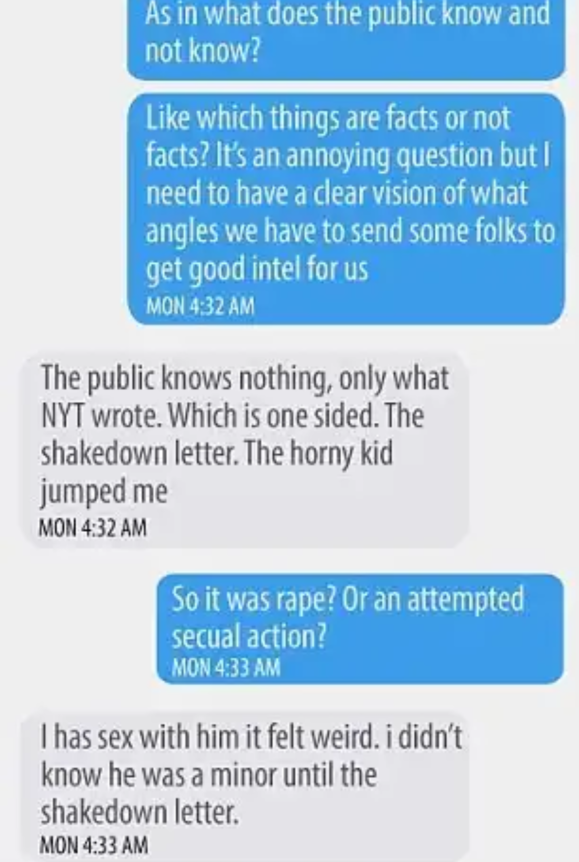