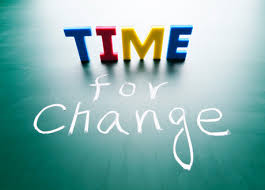 When you’re in a place, or with someone, or doing something that brings you happiness, enjoy it as much as you can, cause it won’t be the same once you leave and return.

Stern words and totally admirable. But on the contrary, when is it time to move on? When should you change things up, or leave behind a job, person, or place? This question definitely comes up more amongst peers these days, and the specifics are different for everyone, no doubt. Here’s a few that people regularly brought up to me:

1 – When you look back more than look forward.

You know you have a limited time when you think about the past constantly, weather you’re in a city you’ve lived in for many years or in a job that you’ve outgrown, you remind yourself about the good times. When everything was new, exciting and brought you that joy you craved so much. Some people look at old photos, some people reflect on old accomplishments, but when you’re not too excited about what’s coming up and constantly looking back, maybe you’ve accepted that the best is behind you and the need for a new challenge is coming up.

When I was a kid, or even during university, I would sit in classes or lectures and think about what I’d do later, weather it be hanging out with friends, or some cool activity over the weekend, I would think about that and it would give me this really joyous feeling to get me through the task at hand. But in the situations where I needed some change, I would always get down a stop watch counter app and have the impending departure date counting down daily to remind me that this torture will end soon.

3 – The feeling of treading water.

Ultimately, your mind will probably tell yourself you’re not growing, nor happy with the comfort you’ve achieved in your present state. That feeling of no progress – that’s somewhat of a poison that just never goes away unless you make changes.

These are just common occurrences based on anecdotes amongst a few peers, but there’s definitely a lot more signs than just the above.

Many know the caste system that relates to India, such as what is described below:

The caste system in India is the paradigmatic ethnographic example of caste. It has origins in ancient India, and was transformed by various ruling elites in medieval, early-modern, and modern India, especially the Mughal Empire and the British Raj. It is today the basis of educational and job reservations in India. The caste system consists of two different concepts, varna and jati, which may be regarded as different levels of analysis of this system. Vaidyanathan argues that the caste system existed at the village level to serve the needs of its people, however, the method in which the 1881 census was carried out in India by the British Raj institutionalized the caste system on a much larger national scale.

But this same concept seems to apply in so many areas of our lives. Well not so closely but to a degree.

There’s just so many “tiers” in people these days.

Top tier people whom you aspire to have around whilst feeling comfortable and proud to have as companions or partners.

Mid-tier people that are doing ok, and you respect but are at a level you think is one that isn’t achieving their maximum potential.

Bottom-tier people that lack the ability or are just inherently lazy that you cannot bring yourself to respect them.

Weather its professionally or in social contexts, I notice how closely people judge, despite the agenda these days to “not judge”, the opposite occurs subconsciously.

As an expat, you’ll come across different tiers of fellow foreigners in every city you visit. Some cities will skew towards bottom and mid-tier expats, whilst others will have more of the top-tier individuals. This depends a lot on your field, and the location also.

In competitive cities, which university you go to, what you do, what field you’re in, what you earn and most importantly your personality, will all come into play when it comes to so many areas of your life. Weather its meeting new people, job interviews, dating or general respect amongst the community.

A recent example is of a lower tier individual I met through some friends on a night out a couple years ago. This guy was basically hitting 30, smoked weed non-stop through his early 20s, finally graduated school at 27, was a total loser back home working in retail and now was doing some customer service gig abroad which was the pinnacle for him. He was banging foreigner chaser sluts in our city that were considered the lowest rung of girls available and barely a step up from jerking off (assuming you didn’t cop an STD in the process of banging).

But for him, this was heaven. Coming from a total dump of a city, being a basement dweller with no motivation – being in a foreign country with low hanging fruit as women and a somewhat stable income (Albeit zero progression or respect) was great. There was no sense of achievement, nor a sense of development that drove him to excel in any task, it was merely just putting in the bare minimum, grinding to the weekend then boozing, weeding, gaming until Monday. It was sad, and I knew I simply can’t get along with scrubs such as these.

And nor should anyone. As they say “You are the average of the five people you spend the most time with”.

Cut the filth, keep the quality. Aim high as you can, dare to dream.