8 Comments
By Inside The University of Melbourne Stories

They Come To Me 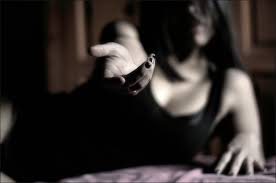 “There is a big difference between me and these other gentlemen: They all pay their women, and all my women pay me!”

It was late, 2am on a cold winter night in Shanghai.

Terry, my Israeli friend, sends me a text disclosing his location and to come join him.

I lie in my bed looking up at my hotels wall-mounted television. I’m at the crossroads, I take my time to weigh up the chances of another night out versus a good nights sleep. As usual, I took the option of heading out and exploring.

Terry had lived in Shanghai for a number of years, his fluent Chinese, piercing blue eyes and wealthy background made him quite the catch in China. He had infiltrated the elite social circles and was known to frequent the trendiest of night spots in the city.

As I get out of the cab and walk to the club, I notice a line extending far back into the crowded street. I estimate the wait time to enter the club being somewhere exceeding one hour given the lack of movement I was witnessing. Suddenly, I receive a tap on my shoulder, it was a bouncer who tells me to enter through the other entrance. As I walk past the crowd I notice the great quality of the beauty tonight, it was pleasing to see, I saw other regulars skipping the line as the doormen cordially greeted them.

I walked inside, and was greeted with an view of the club, huge dancefloor, lusciously decorated lounges and well placed tables. Terry had a table, with an ensemble of three girls sitting close to him. We exchanged pleasantries and a few stories as we started talking. After a few minutes I noticed that these girls weren’t friends of Terry’s, they were simply girls that met tonight. He worked the table like a raconteur, giving just the right amount of attention to each girl as he meticulously calculated which one he’d target for later. I was noticing a lot of attention from people at the club towards our table, I had to take full advantage. I walked to the bar, grabbed a drink and worked away.

As I walked I noticed a girl, very pretty, maybe a 9, smiling from a distance, we both briefly paused before saying a word, I touched her on the hip and she told me she was looking for her friend but will be back to dance with me in a moment. Just after this, I notice a foreign girl, who appeared to be Swedish come up to me and attempt to make small talk. I genuinely needed to go to take a piss and politely told her I’d be back in a moment. Once I was back, she was engaged in deep conversation with her friend so I went back to Terry’s table.

“The girls, they do all the work here it seems” I said. He agreed, mentioning how far backwards his game has gone since moving to Shanghai. “In most countries women hold the power and you approach them, here they come to me” he boasted. I had to agree, for me I felt it was a rather easy playing field. All the hard work men put in around the work approaching like dogs for average to slightly above average women was simply being ridiculed by us on this night. Terry mentioned his last few bangs have been girls simply asking him something along the lines of “Can we leave together now?”. Many of my friends, and plugged in acquaintances from back home would protest that his was a lie, but I genuinely believed it. The status we created from being the unique well dressed and charming foreigners  was amazing. Backed up with Terry’s fluent Chinese it was little surprise how Shanghai was his little pond which he had conquered.

After smashing the first girl later that night I laid peacefully in my bed staring at the ceiling and pondering what city I would attempt to conquer next..

8 thoughts on “They Come To Me”