17 Comments
By Inside The University of Melbourne informational, subjects

A lot of students will have or are in the process of finalising their subjects for this upcoming semester. Under the Melbourne Model, all undergraduate courses have breadth subject requirements, which if you don’t already know, are basically forced elective outside of your faculty.

Many students are encouraged to be picking breadth subjects which they have an interest in, whereas in reality, students are usually picking the easiest, most retarded subjects to bolster their averages.

Here’s a bit of a guide in picking breadth subjects.

If you really want to do something you have an interest in, then sure, go right ahead, you’ll probably end up doing well if you enjoy the content.

But, if you’re after an absolute joke of a breadth subject which you really don’t aim to put much effort into and get a decent mark in, then focus on subjects offered by the following faculties.

Music – All the lower level subjects here are entertainingly easy. The patterns for most of the subjects under the music faculty are as follows: You basically rock up, mess around with instruments, get marks for participation, write up one, two or three trash essays and submit.

University-wide breadth – Being university-wide breadth just means that it’s a breadth subject regardless of what course you do. Most of these are pretty easy, but I’ve heard a few people whinge about some poorly taught and harshly marked subjects within this category, but more likely than not, it’ll be a joke.

The most legendary joke breadth subject, Australia in the Wine World falls under University-wide breadth category. That should give you an indication of the level of seriousness the subjects under this category should be treated with.

Education – No surprises here, the education faculty is a well-known joke amongst all students, and naturally, so are their subjects. Subjects such as Sports Coaching: Theory and Practice really do just ask to get destroyed. 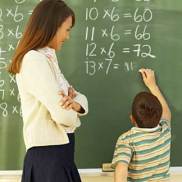 Mathematics – This won’t apply to everyone, but it’s common to see some non-science students who are quite strong at Maths do very easy maths subjects for breadth like Calculus 1. Obviously they will get at least 90 in that subject since its rather straight forward, but if you’re not good at maths or numbers in general, then avoid it.

Languages – If you know another language aside from English at a pretty decent level, then you should try to find the most beginner variation of that language to do as breadth. For FOBs, this usually means doing Chinese 1A and getting a huge mark in it to make up for their sub-standard marks in their core subjects. 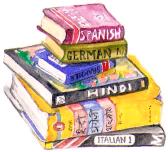 Lastly, intensive subjects which you can do over a week or two during mid-semester break or winter break are a great way to minimise your workload for a difficult upcoming semester. In order to find them just use the Breadth Search page on the University’s website.